The report of Marta Cerrito is part of a broader research on criminal transactions as disciplined, interpreted and used in the Regnum Siciliae from Federico II (Liber Augustalis) until the promulgation of the Alphonsian rite of 1446. The investigation aims to identify a juridical and political order – the southern – that is profoundly different from the communal one.

What value should be attributed to the will of the private parties in relation to the procedure for the composition of the crimes in force in the Regnum Siciliae citra Pharum? An emphasis must be placed on the normative difference between the kingdom and the medieval communes for which the reference source is the Diocletian constitution contained in C. 2.4.18. According to the lege Transigere it was possible to pacify in all cases – and only in these ones – related to crimes involving a poenam sanguinis, except for the case of adultery (so-called ‘atrocious’).

The discipline in the kingdom from the time of Frederick II was rather different both on the procedural and on the substantive level. In fact, composition was possible only in cases related to the slightest crimes. Moreover, it was necessary to obtain a licentia curiae by the magistrate invested with the judgment. In other words, the composition was conceived as an instrument in the hands of the magistrate who could choose whether to compose the crime or not. The assessment was not arbitrary but rather oriented by the sovereign legislation in reference to two main parameters: the quality of the crime and the characteristics of the parties.

The Angevin law, on the other hand, was characterized by a lack of generality since it was mainly issued through occasional interventions. Among these regulations one instrument was particularly important: we refer to the letters of arbitration (literae de arbitrio or arbitrales). The literae de arbitrio were dispatches that the sovereign sent upon request to royal officers in order to end the local problems (generally pertaining to criminal repression). By the mean of these letters, the sovereign granted the magistrate the exceptional and time-limited faculty to manage the inquisitio and to judge according to his own will: ultra et contra legem. These provisions were fortunate enough to be handed down as rules of general application , in the printed editions of the Angevin chapters. Consequently, they have been used far beyond the limits for which they were promulgated. The letter Exercere volentes is perhaps the best known. It allowed the magistrates to compose well beyond the limits imposed by the current lawful Liber Augustalis.

The recourse to the compositional instrument in the Regnum Siciliae traditionally represented an extension of the jurisdictional powers by virtue of an express concession of the legislator. The most interesting aspect is the relationship between punishment and arbitrariness since in this case the arbitrium iudicis concerns the arbitrium componendi, ie the extension of the faculty of the judge to decide whether to compose with the parties and, if so, to what extent commuting or remitting the sentence. The recourse to the compositional instrument is part of a much wider juridical phenomenon that the doctrine of ius commune defined as “clausulae diminuentes iuris ordinem”. Numerous and varied legal instruments converged under this category, singly or in a combined way. They represented the foundations for the theorizing of an alternative process model. A clausula is any juridical instrument allowing the judge to modify the procedure according to his own arbitrariness, so it is not excessive to consider the compositio de crimine in the category of clausulae diminuentes iuris ordinem.

The letters of arbitration were addressed not only to royal officers but also to powerful lords to whom the sovereign had granted the mero ac mixtum imperium: the most coveted privilege as it consisted in the right to administer justice, both civil and criminal, on its own vassals and in its own territory. The privilege was not a territorial but a personal one. For this reason, it had to expressly result from a clause affixed to the investiture deed. As a result, the Barons had a strong social control and a competing jurisdiction.

Following the merger of the two parts of the kingdom, a radical change in feudal jurisdiction took place. Alfonso of Aragon had in fact granted all the barons the imperium merum et mixtum during the General Parliament of the Kingdom held in Naples in 1443. This concession marks the beginning of a progressive enlargement of the juridical cognition of the Barons as an explicit affirmation of their political power. Until the middle of the fifteenth century, the attribution of jurisdictional powers remained a benefit. Later in times, the jurisdictional powers connected to the feud became increasingly important. As Matteo D’Afflitto pointed out, the feudal lords turned into officiales Regis in terris eorum. Moreover, they started to collect the price of the composition as fructus feudi.

For these reasons, the Neapolitan doctrine of the first sixteenth looked at the granting of the arbitration letters (particularly of the Exercere volentes) as the emblem of the excessive power of the baron’s class, transforming them into the main target of the anti-feudal polemic. A doctrinal debate emerged. On the one hand the main exponents of the Neapolitan feudism – Marino Freccia and Pietro Follerio – tried to theorize a resolution of the conflict of jurisdiction in favor of the baronial curiae. On the other, the southern doctrine felt the need to interpret analogically the dictation of an ancient rite contained in the Ritus Magnae Curiae Vicariae so as to limit the recourse to the composition by the feudal curiae. The rite 272, entitled De Compositionibus, provided the possibility for the judge to resolve the criminal controversy – excepto haeresis et laesae Majestatis – through a composition agreement, but it also underlined how this eventuality could only be realized if the injured party was concordant and satisfied (contenta et concordata). The manifestation of the willingness to compose was necessary for the composition procedure to be perfected, even if the Ritus rule did not specify what the form of the event should be nor if it should take place in court (or if an ostensio chartae pacis would suffice). The privatistic nature of the principle inevitably betrayed the antiquity of the norm. Nevertheless, the norm did not prevent the doctrine from drawing upon it to place a purely juridical limit to baronial abuses.

This theoretical approach is corroborated by the resolution of the Sagatario’s case which is narrated by Tommaso Grammatico. Sagatario was accused before the Magna Curia – the Supreme Court fo the kingdom – for eleven murders committed in different times and places. For each of them he would have obtained the pardon thanks to three different proceedings: all concluded per compositionem. The question did not concern merit. Rather the point was to analyze the case from an exquisitely juridical perspective. The sentence of Court fell against the Baron Sagatario. Its legal reasoning clearly resumes the southern doctrine’s approach through the application of the rite 272 instead of the well-known arbitration legislation.

The propensity of the doctrine of ius commune towards an inquisitorial model aimed at reducing the manoeuvre margin of private subjects in criminal disputes. Its presupposition was that the political dialectic opposed public power (interest rei publicae) and private interest of the individual to economic satisfaction. In the southern context, however, this contrast occurs only on a theoretical level, since the subject that is opposed to the public-central power is not the private party but a subject – the baron – that is only theoretically private.

The hostility to the baronial curiae cannot be interpreted without considering the multiple centers of power created by the unconditional concession of the mero et mixtum imperium. Therefore, if it is true that the jurist looks to the protection of the interest rei publicae, he can only return to a rigorous interpretation of the normative dictate, even if the time and the sovereign provisions have weakened it. 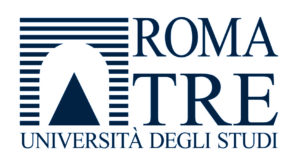